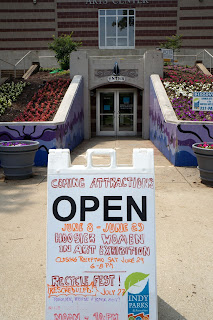 After more than 10 years trying to avoid the Hoosier label, I was forced to accept it when my cute little birdies made it into the Hoosier Women in Art Exhibition. My first showing in an exhibition, YAY! 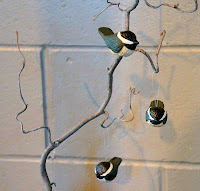 If you happen to be around Indy before the end of June, you should stop by the Garfield Park Art Center and check out all the wonderful works of art by Hoosier...ahem...by women who live in Indiana. 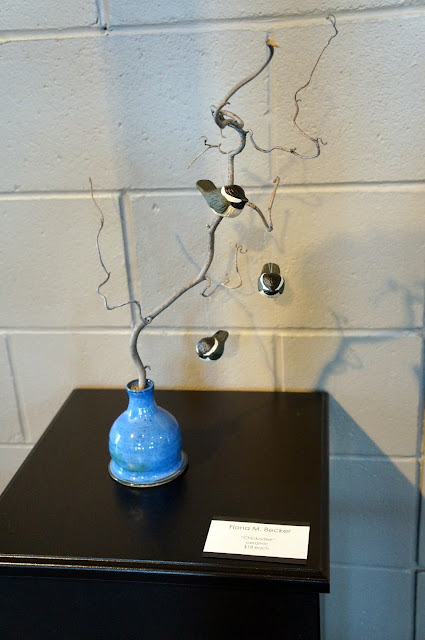 Posted by Dancing Pottery at 12:37 PM No comments:

Last year, I felt brave enough to try out the Beech Grove Claywork Studio stall at the Greenwood Farmer's Market. Mike DiNapoli, who owns Beech Grove Clay Works, shared the stall with me that day and showed me how it was all done.  This first market (for me) was during the middle of last summer's drought--hot, but still fun--and I sold a few pieces and felt pretty good about the fact that anyone would actually buy some of my stuff.

After a pretty productive fall and winter in the studio, I was confident enough to sign up for a the stall once a month for this year's market season.  And it has been fantabulously successful!  John Todd, yet another great BGCW studio member, and I shared the stall for the first market of the year on the last Saturday of April.  My dear sister Siobhan was in town visiting for the weekend, so we met John at the market and set up.  Since it was the first market of the season, as well as being a bit dismal and chilly, we didn't expect too many customers or sales.  But we were wrong.  It was great! I also discovered that folks were willing to buy some of my old, clunky, imperfect -but-loved pieces (priced to sell) as well as my more recent, lighter, slightly-more-perfect pots.  Yay. 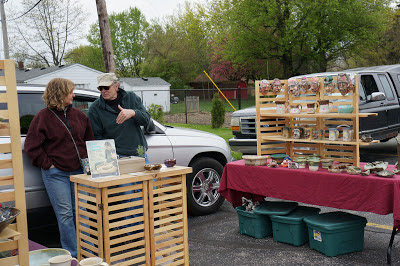 Last Saturday, my awesomest friend in the world, Valerie was visiting the same weekend I was staffing the booth for the second time, and she brought some of her pottery down to fill out the rest of the booth.  This was her first time selling her pottery, and she did wonderfully well too!  It was a lovely late spring morning at the market, and many people stopped by and went home with some beautiful mugs, bowls, and birdies.

If you haven't been down to the Greenwood Farmer's Market, just south of Indianapolis, you should come visit some Saturday morning this season!  For our contradancing friends, Ardath also has a booth here, selling her gorgeous cut flower arrangements.  I'll be in the BGCW Pottery booth next on July 20th and August 31st. 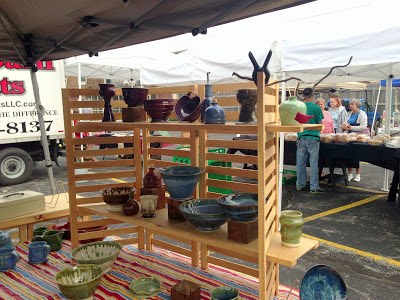 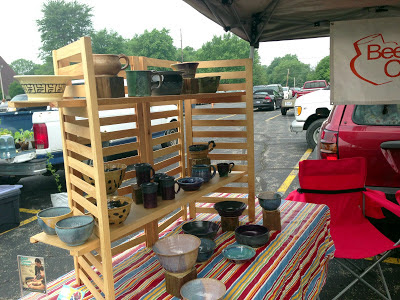 Posted by Dancing Pottery at 12:55 PM No comments: